Short on cash but need some new BMX parts now? Afterpay saves the day! Afterpay makes your purchases
manageable by breaking them down into 4 smaller fortnightly payments.

It’s like lay by, but better. Get the parts you need immediately instead of waiting to pay them off.

Please note: Credit limit varies from customer to customer. You may not be approved for the full $1000 amount. Contact Afterpay for more info.

In a day and age where a new bike can turn up assembled at your door after clicking a few buttons on your phone. It’s no surprise that payment systems have been improved over the years to help customers get what they are after faster! At LUXBMX we believe in getting the best BMX brands to our customers quicker and easier. With AfterPay and ZipPay we are able to do just that.  We all love treating ourselves at the bike shop, unfortunately for most, bikes can cost more than a week's wage. ZipPay and AfterPay are probably two names in this realm that you have heard of but know little about. Shopping for your dream custom BMX bike can be fun but payments can burn a hole in the back pocket. Narrowing down the best option for your situation is important to consider.

AfterPay, And ZipPay offers a similar service packaged in a slightly different box.  Afterpay offers “credit” to the customer while the retailer pays a fee so the customer doesn’t have to. Meeting all repayments means no additional payments, making Afterpay more attractive than other “payday loan” schemes. AfterPay does charge a late fee of $10 dollars that (can) increase as payments are continually missed. This is capped at 25% of the purchase price or $68 or whichever is less. Users will also incur a $7.00 fee if a payment isn’t made in the first week of taking out the “loan”. Following ZipPays business model, afterpay does not charge interest. Offering 0% interest on loans has revolutionized the “buy now pay later” trend that has taken to ecommerce in a huge way. Payments are required to be made every 14 days. AfterPay has cornered the “buy now pay later” market with millions of users across Australia alone.

Afterpays major competitor ZipPay was the first to market in the race. Offering a very similar service, Zippay allows the shopper to have now and pay later. Unlike Afterpay, ZipPay allows more time for the customer to make the payments. ZipPay only asks for a minimum payment of $40 every month (if the account balance is under $1000), but shoppers are able to pay as much as they like each time. An account fee is charged if the account isn’t cleared at the end of every month. So the shopper will incur a $6.00 fee every month there is money in the account. This means that after a year you would have spent $72 in fees (if you don’t pay what you owe!)

So where does this leave you? Thankfully in 2020 we have these options. The “buy now pay later” movement is well and truly underway with ZipPay and AfterPay covering all angles for shoppers. It really depends on your situation which option would suit you, but like all financial decisions, it should be something you put some thought into. Whether you think you need ZipPay, AfterPay or prefer paying for things with cash, LUXBMX has all angles covered. Shop online and qualify for free shipping with orders over $99.00. By riders for riders, we can’t wait to get you rolling sooner! 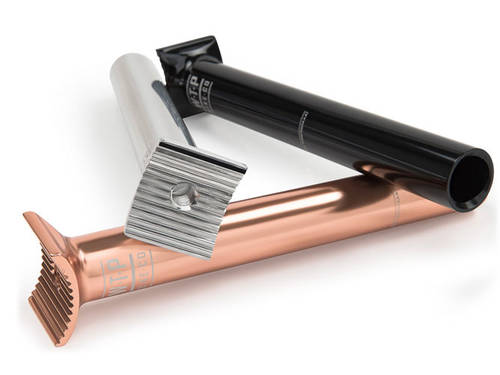