BMX is in the Olympics!

BMX is in the Olympics! Natalya Diehm flairing her way to the Olympics

Whether you're a fan or not it’s hard not to hear about BMX being in the Olympics for 2021 (2020). Here at LUXBMX we love everything BMX and it has been in many conversations around the shop. Next Saturday and Sunday we will be able to watch freestyle BMX for the first time ever on the main stage, that is the Olympics. With the last couple years of uncertainty, it has made it increasingly difficult for our athletes to know when or if the games were even going to happen. However, after what I could imagine would seem like an eternity, our riders are there and ready to represent the country in the best way possible. Logan Martin and Natalya Diehm have been selected to ride for Australia and we really couldn’t have chosen better role models to do the job. After a long qualification process Australia were leading the race and were able to have two representatives for the males (Logan and Brandon) and one for the women's spot allowed to ride the Olympics. Unfortunately at the final qualification contest in Montpellier, France last month Brandon Loupos suffered an ACL injury stopping his journey to Tokyo dead in its tracks. With all the qualification done and everyone into their final weeks of training the excitement from the outsiders perspective has really started to build!

Natalya is a recent addition to the LUXBMX team and we couldn’t be more stoked for her!  Australia has put their best riders forward that were chosen through a complicated process of gathering points by winning specific competitions set up by the UCI (Union Cycliste Internationale). As the governing body of the Cycling in the Olympics these events have (in a way) separated BMX competitions from Olympic events, and with the current lack of events these UCI qualifiers seemed to be the only thing happening through the whole shut down last year. While sitting at the pub on the weekend, skateboarding popped up on a screen and it was rad to see a more “unconventional” sport on such a big platform in front of so many eyes. Knowing we are only a few days away from seeing the BMX on the same stage it will be exciting to see the end result of all the hard work that the guys and girls have been putting in to make it there. Here at LUXBMX we have been lucky enough to build some of the wheels and bikes that are heading off to the Olympics using some of the best products in the industry. We can't wait to see the guys get on course and do their best. Natalya has been riding for Hyper for the past year and for good reason. She has been working hard in the “hot box”, a bmx training facility that was purpose built for the athletes to ride, leading into the Olympics. Built by none other than Qld’s very own Jason Watts the Olympics has created more opportunity for BMX riders then some might have thought. Natalya’s bike was built up at LUXBMX using an array of the best products with some subtle touches to make it that little bit more of a special ride.

Starting with a Hyper Indy frame which is Australian cycling team-mate Logan Martin’s signature frame matched up with hyper forks and bars, this bike was built with a gold medal in mind!  Using green profile hubs kitted out with titanium, Natalya wanted to make sure her bike was light enough to feel comfortable while she was throwing it around on the ramps. We take bikes seriously here at LUXBMX and this thing was built with the utmost attention to detail, making sure Natalya has the best chance when she drops in on the weekend! Seeing the progression of the sport in this sub genre that is competitive freestyle park riding over the past few years has been mind melting, watching tricks get done at such a consistent level over obstacles that are bigger than ever before is adding a whole new element to BMX. The thought of quint (5) tailwhips 5 years ago was a pipe dream for so many but with the progression of ramps and bikes these “impossible” tricks are becoming more and more prevalent in competition. We can only hope that some of these massive tricks are put on display over the weekend and the world is able to see how gnarly BMX can be, even in one of the most controlled environments freestyle BMX has ever seen. With a huge emphasis on freestyle having no rules and being an expression of self on the bike, the idea of being judged like a gymnast might be a foreign concept to most BMX riders. After seeing all the growth BMX has had in the past years we can only hope that this trend will follow after the Olympics bringing more into this lifestyle that we all love so much. With freestyle BMX only days away from being shown on one of the biggest platforms in the world we can only hope that it will be received well by the masses! Although the future of freestyle BMX in the Olympics isn't certain like many sports on the roster, we can only hope that Natalya and Logan do their absolute best! The fact that BMX has made it this far from its humble beginnings at some rough dirt jumps and strange old bikes to the world stage with some of the best BMX riders and progressive parts in the world shows how far we have come in the past 50 years!

See all the information for BMX freestlye at the Olympics below. 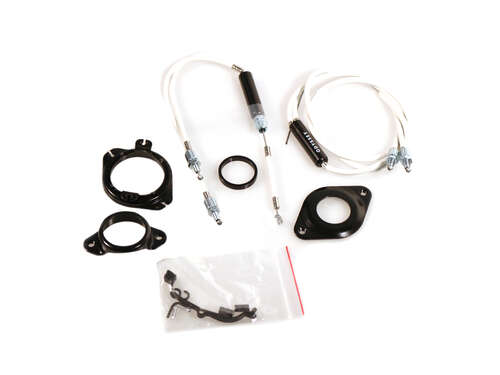