Wilton getting up the Pillar at Tempered's filthy drain jam a few years ago.

Wilton has been a good friend of LUXBMX for a long time. Joining the team as a young pup, Wilton has grown both on and off the bike and continues to wow us with his, fast-paced, balls to the wall style. If you have ever been to a Tempered Bikes Filthy Drains Jam, you have probably seen Wilton blasting the DIY setups he helped to build. From DIY ramps, skateparks, bowls, dirt jumps, and occasional big street set up, Wilton truly rides everything. Not just dabbling, Wilton goes in 100% when he feels it's right, leaving us with a terrifying yet incredible spectacle. Wilton’s passion for BMX is obvious, making regular trips to ride most afternoons, in between having a full-time job and regular life stuff. Wilton made a trip with a crew of fellas last year to Berlin. The trip was Wilton’s first overseas trip and he definitely made the most of it. Unique spots and Wilton’s eye is enough to get anyone with a camera ‘toey’ to film. He wasted no time in shutting down the city.

If you were around in the mid-2000’s you will remember Tempered bikes making a big wave in Austalia. This must-have captivated Wilton as a young rider and before he knew it he would be representing Tempered with some of his good friends. Watch Wiltons Doomsday for the deceiver Video from 2015.  Don't forget to Subscribe to LUXBMX's Youtube channel! 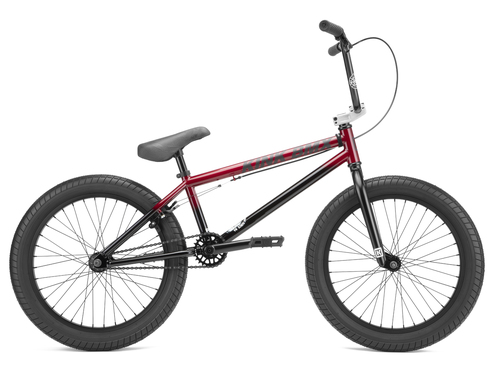