In March LUXBMX and Boyd Hilder got together with Young Henrys and Vans to put on the first official game of bike on the backyard ramp! Since recovering from an injury and not being able to get to any of the year's events Boyd decided it was time to take action into his own hands. After such a successful “off the couch” jam, Boyd got to work on organising a group of riders that love riding tech and are known to send it! A traditional game of B.I.K.E on the ramp was the plan and before we knew it we were all sitting on the deck with a Young Henrys Newtowner in hand.

Each game hosted two riders battling out to move onto the next round, battling to the top spot for that $500 cash prize, with runner up getting $200 and third a carton of delicious Young Henrys Newtowner. First up was Jay Loennker hailing from Coolum bowl and representing the sunny coast bulldogs, Jay knew he had his work cut out for him and wasn't holding back. Next out of the hat was Mitch Cambell coming from the brownest of plains, Mitch has a wide range of tricks making this first game a ripper!

Next up was a head to head between Alex Hiam and Clint Millar. With such a different trick book these two guys rode around their usual trick selections making for a sick game. Millar was able to deal Alex a few blows before Alex unloaded the plethora of tricks we know him for.

The third game of the day was a matchup between tech assassins Lachlan Kirkwood, who is known for putting 4+ tricks into every combo he does. Verse the Italian footjam master Patterico Fallico. Firing back at Kirkwood’s toe-crushing sets with his deep bag of technical deck stalls and crazy barspin variations. This is a game you don't want to miss!

Two imports to the great sunny state of QLD, Sean and Kai were next to battle it out on the ramp. Working at LUXBMX and getting "a couple" of practice laps in, Sean had a clear advantage over the sunny coast dweller, but Kai didn’t let that get his mood(y) down and fought back with the biggest smile of the day. Plenty of wild stuff from both these dudes made for an absolute spectacle of a game.

Multifaceted, multidisciplinary all-rounders Jon and Vaux were two hot topics of conversation when their names were drawn. If you have ever seen them both ride you will know that their bags of tricks don’t seem to end and the creativity of tricks doesn’t seem to run out. With tricks like “jeep drivers” and double foot-plants this game isn’t something you’ll want to miss.

If you have been around the Brisbane BMX scene for the past 20 years the name Jerry V might mean something to you.  It was an absolute pleasure to watch him paired up with our very own customer service man Dale Hodgson. Will Jerry V be able to handle the curve balls that Dale is about to deal out? Or will Jerry use his experience to get one step closer to that top spot of $500

Stay tuned for the next round of games, and don't forget to subscribe to the channel! 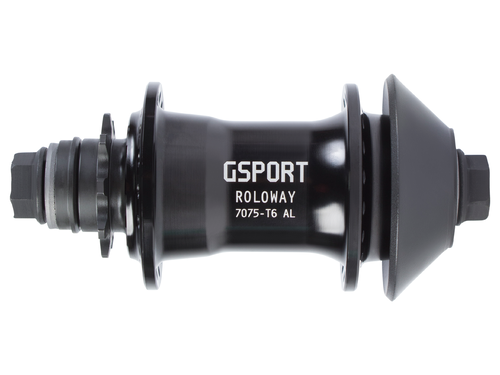