As a BMX racer, coach, and mad fan of BMX racing since the early 80s, there’s no topic that dominates the pits, race day banter and Facebook groups like BMX race gearing does. As soon as you are immersed into the BMX race world, from club night racing to world cups, a common conversation is often “what gearing are you running mate?”

But what is BMX gearing exactly, and what does it all mean in relation to you or your young rider when you’re just starting out? In very basic terms, it’s how hard the bike is to pedal, and the  BMX bike you buy out of a shop, or secondhand, has its gearing set as per the combination of the sprockets. But how do you know if it’s right for the rider, or track? We are going to try to explain this, and give you some knowledge so that you can make an informed choice on whether you need to change the gearing on your race bike. Afterall, because BMX bikes are a single speed bicycle, the only way to make the bike easier (or harder) to pedal, is by changing the sprockets.

When you’ve been around BMX racing for a little bit, you’ll also hear terms like little Johnny is a spinner, so he runs an easy gear. Or he’s a cranker, so he runs a harder gearing, and this can throw even more confusion into the gearing mix for a newbie to the sport. But the truth of the matter is, no one at a sub-Olympic level has the scientific measured evidence (or biomechanic analytical know how) that would give the parent of a young racer around the ages of 8 or 10 the differences between peak power (or torque) output at a certain RPM versus peak power at a lower/higher RPM. There are some (track cycling studies) that show that the difference between a spinner and a cranker is within a  15rpm range. Hard to measure with the naked eye from the side of the track, or with an i-Pad when your kid is spinning at 140rpm+ down the start hill. Short note here, ignore this advice from the trackside parent in your early search for the holy grail of gearing.

If you’re just starting out in BMX racing do you really need to know a lot about gearing?

Well, yes and no. But only in the sense if the bike is geared too hard, or too easy either straight out of the shop, or on that second hand bike you’ve bought. The main problem for new racers (or parents) is that the range between a too easy gear, and too hard a gear is really narrow. More on this later.

At the risk of being kicked out of bike camp, I’m going to bust a few myths and try to pinpoint an average gearing that you should shoot for from kids jumping off a balance bike onto their first pedal bike, up to the old folk who are getting back into BMX after 20 or 30 years off the BMX track (the 911/000 class). Then you can work up or down from there.

If you’re the impatient type, scroll to the bottom to find out what we recommend. If you want to know why you need to run an easier gearing than you thought you did, then read on and learn.

What is BMX Gearing? A Little History on Bicycles and BMX

A modern bicycle has a front chainring (or sprocket) and a smaller rear cog (also referred to a sprocket), with a drive chain that links them. Before this system was universally adopted, in the era of the pennyfarthing, if you wanted to go faster by having a “harder” gearing, you simply built a bigger front wheel for your bike. This would enable each full crank rotation to drive the bicycle a longer distance (this is referred to as “roll out”), and for a given leg speed you would go faster compared to a smaller wheel. The cranks on a pennyfarthing are attached directly to the drive wheel. That’s why those bikes are so high! A massive front wheel in the quest for speed.

Before the advent of geared bicycles, all bikes were single speed and BMX bikes still are. Of course road bikes, mountain bikes, and all the segments in between have multiple gears to help you climb hills and descend mountains. Bicycle gearing is almost exclusively expressed in “inches”. Put simply, this term refers to the relationship between the size of the front sprocket, the rear sprocket and the diameter of the drive wheel. Using set calculations, we can use the gear ratio to determine the effective size of the imaginary driving wheel. Going to a larger front, sprocket, or smaller rear one, effectively gives us a larger drive wheel (the rear wheel) and linking back to the pennyfarthing, is akin to slapping on a larger front wheel to your iron horse.

BMX bikes are a simple, single speed bicycle that are “geared” by nature, very low (easy) compared to most bicycles manufactured and sold. BMX bikes are geared for acceleration, not high speed. With your typical BMX race track around 400m in length, sometimes a little longer, often a little less, and with just one easy gear, BMX racers typically spin the cranks a whole lot faster than a road or track racer (though track racers do get up there). Want to go faster, just pedal faster!

Now, since the early 1980s, race tracks have changed a lot! I still race, I’ve raced in every era since, and one thing that I am constantly amazed at is that our gearing has evolved to, wait for it, 54 inches! Some elite BMX racers run up to 55 inches off the 8m supercross hill. This gearing has for the most part stayed   the same for 40 years or so despite tracks that are way faster, with bigger jumps and asphalt corners.Logic would dictate that as an Olympic sport, with athletes having access to world leading strength and conditioning programs, that racers would be running a harder gearing to gain a higher top speed at the bottom of a 8m high ramp. But they don’t. So what gives? What hasn’t changed about BMX racing in nearly 40 years, the rider leading into the first corner has an 80% chance of winning that lap, and this is set up by being in the lead at the bottom on the start hill. One thing that has become vaguely standardised in BMX racing is the distance from the start gate to the first jump, around 12 to 15m, so even to the casual observer, or parent, you’ll see that the fight to the first jump is hotly contested, and at any level above club racing your race can be decided virtually by the third crank stroke out of the gate (where the right crank from top to bottom is one stroke, and the left crank from top to bottom is one stroke. Think one rotation of the crank as a two-stroke cycle).

So, by the completion of the third crank stroke, you have travelled (on a 54 inch gear) approx 5.5m. This is the reason why BMX gearing has remained so low to this day, even if the start hills are higher, the ramps steeper, and the track speeds much higher due their construction. It comes down to this, there are no lanes on a start hill and if the rider next to you (or either side of you) has a faster start, they can move across on you, thus impeding your progress.

So here we are, BMX racers are running the hardest gearing they can WITHOUT compromising their ability to accelerate and risk being “cut off” down the start ramp. 40 plus years of BMX evolution and we are still running nearly the identical gearing as the founders of the sport. Obviously there are riders out there running harder gearing, but I am drawing upon my experience with elite racers, and their coaches, when making the statement that we are still (roughly) running the same gear ratios as 1980 despite the changes in track design. Some elites do creep up to a little over 55 inches, but certainly not much higher. And even then it’s not much more than a 2% increase.

BMX Gearing, what’s right for me, or my rider?

For our complete race bikes currently on the LUXBMX website, I’ve gone through and punched the numbers into a BMX gear chart calculator and listed the gear ratio of each bike in its main description. As standard, as it comes from the factory. And it’s definitely interesting to see what manufacturers think is the appropriate gearing for a junior race bike (as an example). They range from a very easy 47 inch gear, up to a monster 55 inch gear! This sized bike is designed for kids around 6 to 8 years old roughly, and some manufacturers are asking them to run gearing an elite racer would run, and on really short cranks. Somewhere in there is the Goldilock’s gearing and I’m going to lay out what I feel are the appropriate gear ratios for the different categories of race bikes from Mico 18” up to Pro sizes.

Again, these are my numbers, based upon my experience as a racer, coach, and industry knowledge. And the gearing is based upon the bike’s size as it dictates the size (and to some extent physical development, not always true though) of the rider riding it. After all, not all 8 year old kids are the same size, as an example. So gearing based on age isn’t appropriate.

Cruiser: the equivalent of the rider’s 20” race bike (maybe a little lighter by up to 0.5 inches for the larger wheel)

To work out what you gearing is on the bike you have currently, here is a link that is one of the most popular in the world for BMX racers. You punch in data such as tyre size, the front chainring, and rear cog combo. (hyperlink). From here you can work up, or down the range we recommend above. This will be your bible.

Natural strength differences between boys and girls as they mature should also be noted, with male riders having higher strength levels once puberty kicks in and beyond, as a broad generalisation. But it has been this author’s observation that after talking to parents of female riders, that they run a slightly lighter gearing than boys of the same age as they mature from 12 or 13 upwards. Hence the “Pro” gearing range starting from a low 52 inches. Physical development of the individual rider should also be noted, which is why we correlated the gearing to the size of the bike, not the age of the rider as mentioned previously.

Now a caveat, as mentioned before, the information provided here comes from my personal experience with racing, coaching and general interactions and discussions with other coaches, riders and parents. These suggestions aren’t born from scientific research, though I feel that they should shed light on why a rider should be running a certain gearing, and why you shouldn’t feel the need to go up to too high a gear. Most of all, it should give you a pretty good understanding of the base from which you should work from.

In summary, BMX race performance and results are dependent on a bunch of  factors, with gear ratio being just one piece of the puzzle. I’ve seen plenty of racers over the years chasing the win through a magical gearing, but for the beginner and intermediate rider, as long as you’re in the ranges above, you can then go out and just focus on being a better rider. 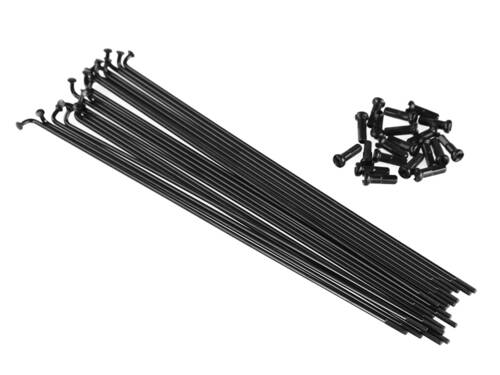 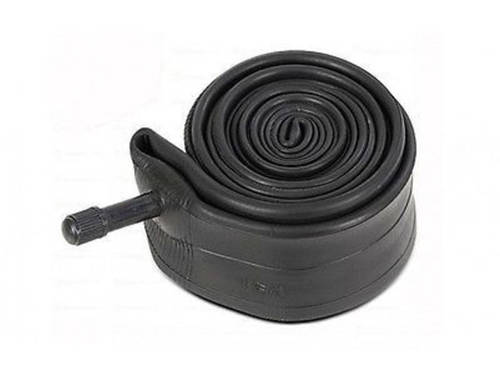 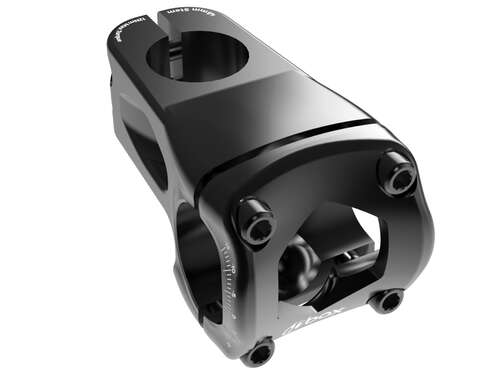